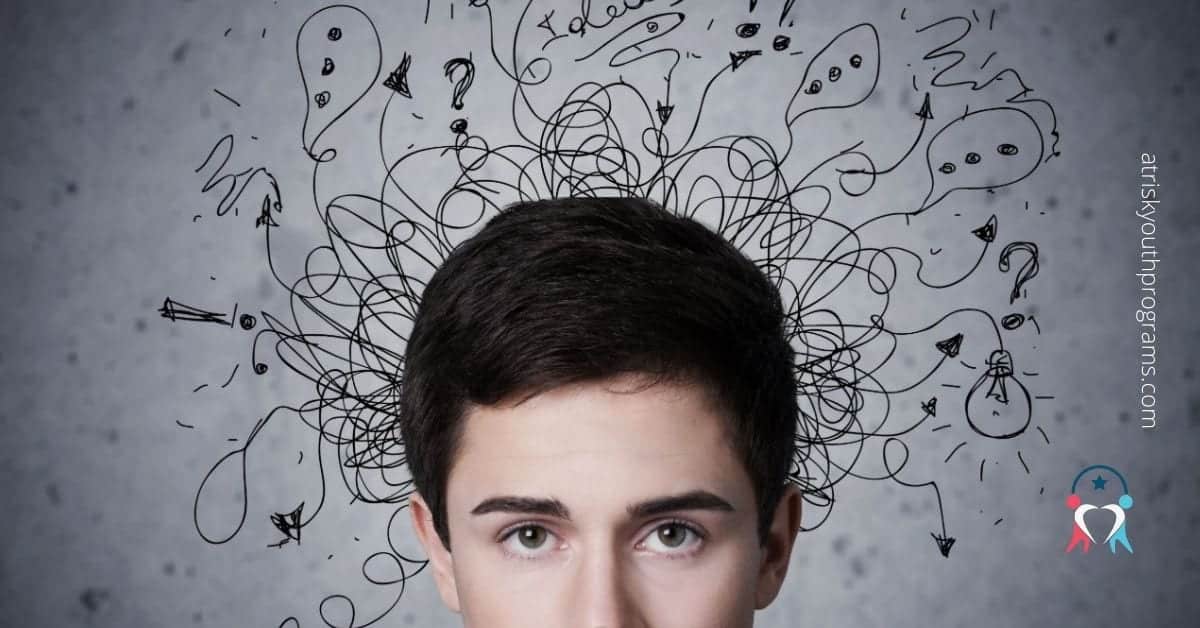 Instead of receiving the kind of professional, empathetic treatment they need, parents may be told by counselors and even law enforcement that the best thing they could do is send their troubled teen to boot camp.

In fact, sending an at-risk youth to a boot camp is the worst thing parents could do to a teenager suffering from ADHD or conduct disorder. Both are serious psychological problems that commonly co-exist and require specific treatment programs to adequately address them.

Only a therapeutic boarding school or residential treatment center can offer evidence-based counseling and skills enhancement to help at-risk youth. Boot camps will only worsen symptoms of ADHD and conduct disorder in teens due to their militaristic, brutish method of “disciplining” troubled youth.

Teens diagnosed with conduct disorder (CD) engage in a pattern of aggressively defiant behaviors that do not respond normally to consequences.

For example, a parent’s four-year-old regularly pulls his two-year-old sister’s hair for no reason until she cries out from pain. He remains unemotional to her obvious distress and does not seem to care about “getting in trouble”.

In kindergarten, the boy does not listen to his teacher, is involved in numerous playground scuffles and develops a reputation among his classmates as a bully.

Signs of a Conduct Disorder

Other signs of conduct disorder include:

Teenagers with CD often turn to substance abuse or self medication with OTC drugs to deal with the powerfully negative emotions they struggle with to process and understand. Using drugs and alcohol only exacerbates their CD and typically accelerates their encounters with law enforcement.

When signs of conduct disorder occur in children under 10 years old, psychologists refer to this type of CD as childhood onset type. Children with childhood-onset type conduct disorder generally have more symptoms of ADHD, severe academic issues, and an increased risk of behaving aggressively and/or violently.

Adolescent Onset of a Conduct Disorder

Additionally, teens with COTCD are much more likely to resolve and remit anti-social behaviors upon entering their 20s.

This leads to a pervasive belief among psychologists that many teens who are diagnosed with CD do not have conduct disorder but are merely presenting typical but exaggerated adolescent behavior–rebelling against parents/authority figures, exploring self-identity, rejecting conventional norms, etc.

There are many risk factors that can affect the development of conduct disorder. The most prominent ones are being exposed to violence, poverty, and neglect in childhood.

Other risk factors include 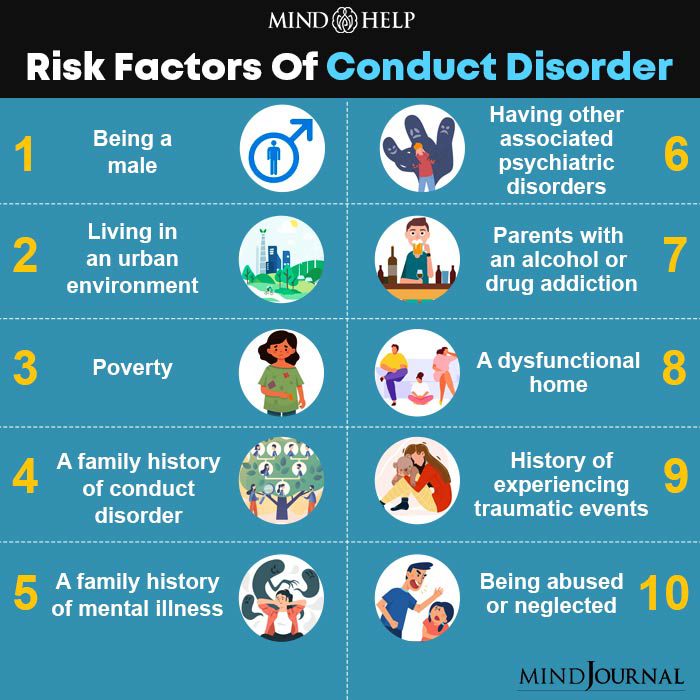 How is a Conduct Disorder Diagnosed

Conduct disorder isn’t always easy to spot because it can look like ADHD or an anxiety disorder. A doctor will ask about your child’s behavior over time—including at home, at school, and with friends—to figure out if their behavior is consistent with conduct disorder symptoms.

If your child is diagnosed with CD, they will need to be treated by a psychiatrist or psychologist regularly for therapy sessions that focus on helping them learn how to manage and regulate their emotions.

An at risk teen diagnosed with attention-deficit hyperactivity disorder (ADHD) may have symptoms overlapping symptoms of conduct disorder.

In addition to lacking social skills, empathy and an awareness of the importance of conventional norms, teens with ADHD and CD will also have minimal attention spans, severe social anxiety, low self-esteem and possible neurodevelopmental problems resulting in poor academic performance.

Therapeutic boarding schools are equipped with licensed counselors, teachers, and psychologists who understand and can adeptly address troubled youth with various evidence-based, psychotherapeutic techniques in a structured, non-distracting setting.

Boot camps DO NOT provide an at-risk teen with the attention, patience, and special academic programs they need to help them resolve negative attitudinal and thought patterns.

A therapeutic boarding school employs experienced education professionals who provide a nurturing, supportive atmosphere in which an at risk teen can learn how to cope with and re-direct impulsive behavior while improving their academic skills.

Teens will also work on developing better social skills, why complying with certain rules is vital to their well-being, and enjoy the emotional rewards of respecting others.

Features of an excellent therapeutic boarding school include:

If your teen has symptoms of ADHD and conduct disorder, we can help you find the right place for your teen to get the help he or she needs.

Please get in touch with us today to speak to an understanding staff member who will take the time to discuss your child’s history, current treatment (if any), and what you expect to achieve by seeking our assistance.

Speak to an expert about Why Teens with ADHD and Conduct Disorder Present At-Risk Behaviors and how it may help your child.

Connect with an Admissions Counselor who specializes in Why Teens with ADHD and Conduct Disorder Present At-Risk Behaviors to help your teen begin their recovery today.