Symptoms of ADD/ADHD in teens are similar to the symptoms in younger children, but because of their increasing maturity, these symptoms can manifest differently. Where a smaller child with ADD might run circles around the room, in a teen the symptoms are more subdued, and might be harder to detect. Any inability to control their own impulses or maintain a socially acceptable level of activity during school, church or other quiet times can be an early indicator. Learn more about the symptoms of ADD and ADHD in teens and young adults.

Being easily distracted is one of the most recognizable symptoms of ADD and ADHD. Stemming from lack of short term memory, this can be for genetic or neurological reasons. If you’ve found yourself repeating the same instructions every 5 minutes, or reminding them of the same thing over and over again, you might want to begin documenting the situation, and taking a careful and considerate look at the situation. Being aware of the difficulties and limitations of your teen will allow you to determine if the situation is a symptom of ADD or simply because he’s not listening. Easily distracted can also manifest itself in having several incomplete tasks going at once, difficulty waiting in line or for their turn, interrupting conversations or blurting out the answers in class or conversations, sometimes before the question is finished being asked.

Social symptoms and consequences of ADD and ADHD are also easy to recognize. People tend to get annoyed with teens who can’t control their impulses or activity levels. When other students are trying to pay attention, the bouncing around and drumming of the one with ADD can be distracting, often testing the patience of teachers and peers. Parents are often at a loss for how to respond. The might wonder if their teens have taken up recreational drugs, or how they will ever manage to find success in the workplace or at college.

An overall restlessness is also a symptom. Sometimes teens with ADD will be unable to focus even on a conversation, and will have trouble making eye contact when they speak to you. It will sometimes be as if they’re speaking to someone else. Some parents of ADD or ADHD teens report that when they try to speak to the child, they’re unable to get them to make eye contact for more than a few seconds. Fidgeting, like finger drumming, knee bouncing or repeatedly clicking a ball point pen, and these are mild symptoms. Some teens with attentiveness problems will actually get up and walk circles around a room.

Learning the signs and symptoms of ADD and ADHD are important for parents who are trying to evaluate their own child. Many ADD treatment centers will offer complimentary surveys and checklists for parents and for teens to use at home, without obligation, in complete confidentiality. The things mentioned here barely skim the surface of behavior patterns and tendencies that can define an ADD or ADHD child, and professional evaluation is really a better idea. Knowing the symptoms of ADD in teens and teen ADHD can be the first step toward a treatment plan that gives a family hope for a brighter future.

Speak to an expert about What are the symptoms of ADD/ADHD in teens? and how it may help your child.

Connect with an Admissions Counselor who specializes in What are the symptoms of ADD/ADHD in teens? to help your teen begin their recovery today. 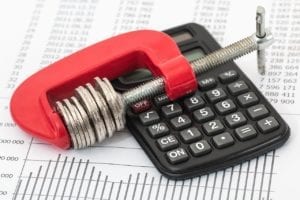 Updated on November 23, 2021 Finding the Right Affordable Boarding Schools for Teens with ADHD The adolescent or teenage years can be tough for some 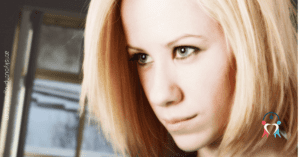 Are Behavioral Assessments for Teens Reliable?

Updated on November 23, 2021 Why are Youth Behavioral Assessments Needed? Children between the ages of two and 17 who show signs of possible developmental Updated on November 3, 2021 At Risk Youth Are More Likely to Die by Suicide Now than Ever Before September is recognized as Suicide Prevention