Depression in Teens and Suicide Risks are on the Rise: Is Your Child Vulnerable?

Parenting a teenager today can be incredibly scary. Over the course of a single decade, there has been a 329 percent increase in the number of teenage patients visiting an emergency room due to self-harm. Since 2007, suicide rates of individuals between the ages of 10 and 24 have risen by over 57 percent.

The problem of depression and suicide among adolescents has grown to be such a concern that leading pediatric associations came together in 2021 to declare a national emergency in adolescent mental health. And, suicide is now the second-leading cause of death for individuals between the ages of 10 to 14.

As the parent of a teen that has struggled with depression, staying in tune with your child’s mental health struggles is imperative. Sometimes, even standard treatments like medications don’t solve the issue.

Further, teens can face more emotional struggles now than ever, and the risk of suicidality (suicidal ideation or tendencies) is high. More intense forms of treatment may be the only way to pull your teen from their dark place and save them.

What causes depression in teens?

The New York Times recently reported that 13 percent of teens said they experienced a major depressive episode in 2019. The teen mental health crisis has risen so sharply over the last decade that many people, including parents, have been caught off guard.

Young people are facing new risks to their mental health, and the understood causes from the past—peer pressure, family history, body changes, and academic challenges—are just the tip of the iceberg.

The world we live in has evolved and changed. Therefore, the world our teens live in is also profoundly different, with many more threats, both environmental and biological.

Researchers are growing to understand that causes of depression in adolescents may run much deeper than we have all recognized in the past, making the problem much more severe and harder to treat.

Social Media Use and Depression

Is social media to blame for the heightened risks of teenage depression? What about suicide risks? While there is a lot of speculation, there are yet to be definitive answers to these questions a lot of parents do have.

There is no question that social media has its downfalls. There is a greater risk of exposure to bullying, abuse, and unhealthy connections. At the same time, social media can breed loneliness due to lacking in-person relationships.

It has been discovered that adolescence is creeping in earlier than it once did; children enter puberty at earlier ages. During puberty, brain chemistry changes, and the social brain essentially goes on high alert.

The limbic system responds to emotions and information differently, yet the brain regions that regulate self-control are not fully developed.

When you pair this knowledge with the prevalence of social media and exposure to all imaginable types of information, this can affect both brain development and an adolescent’s vulnerability to depression or other mental health problems.

The world we live in has evolved and changed. Therefore, the world our teens live in is also profoundly different with many more threats, both environmental and biological in nature.

The Link Between Teenage Depression and Anxiety

Not only are teens more depressed, but they are also dealing with severe anxiety more often than ever. Some studies have shown that nearly one in three teens in the United States has an anxiety disorder. Unfortunately, anxiety is also a risk factor for depression.

In other words, if your teen struggles with anxiety, they are far more likely to also have issues with depression. In fact, it is not at all uncommon for the two mood disorders to exist concurrently and affect each other.

How to Recognize the Signs of Depression in Teens

If you have already dealt with a depressed teen, you may already know some common signs of the mood disorder. You may see general malaise, persistent sadness, loss of interest in life, socializing, or activities. However, depression in teens can also be much more inconspicuous or ambiguous in nature. A teen may:

Other signs of depression in teens are more behavioral. For example, appetite changes, irregular sleeping patterns or sleeping too much or too little, and using substances are all behavioral signs of internal struggles with depression.

Risk of Teen Suicide, What are the Warnings

Suicide ideology or thoughts is also not always easy to spot. Many teens try to commit suicide without giving away their intentions beforehand. This is why it is critical for parents to stay alert when they suspect their child is struggling with depression. And this is also why it is important for parents not to wait when they suspect their child needs help. Nevertheless, a few signs a teen may be contemplating suicide include:

The Dangers Associated with Teenage Depression

Suicide is obviously one of the most worrisome dangers for parents of depressed teenagers. However, when teenage depression treatment is not provided or disregarded, this can also bring about other unnecessary risks for the child in other ways.

Teens who have depression can take unnecessary risks, fall behind in school, and even withdraw from social circles at a time when socialization is extremely important.

Depressed teens are often thought to be just going through a “phase” because of their age. However, Depressed teens can also grow into emotionally unhealthy adults.

What happens when depression goes untreated?

Untreated teen depression can lead to a greater risk of:

Why Typical Teen Depression Treatment May Not Work

When you first learn that your child is depressed, your first step is to take them to your family doctor or pediatrician. While this is a good first step, these medical professionals are not mental health professionals. The first route of treatment is typically medication to target the chemical imbalances in the brain that may contribute to the problem.

However effective, medicating depression has its limitations and can come with risks over the long term. There have even been concerns that certain types of antidepressants may increase the risk of suicide in adolescents.

In some cases, more intense forms of therapy may be necessary. In the most severe cases when a teen may be at risk of suicide, parents should intervene as quickly as possible and consider every potential treatment avenue, even if that means residential treatment.

Our children are going through puberty earlier than previous generations. During puberty, they experience chemical brain changes, which causes the social and emotional brain to be on high alert.

The prevalence of social media and exposure to all imaginable types of information affects both brain development and an adolescent’s vulnerability to depression or other mental health problems.

What Parents Can Do to Help with Teenage Depression

As a parent, your role is first to recognize the problem with depression and take actionable, necessary steps to get the teen the level of help they need. A few other pointers parents should remember include:

What if my child refuses teen depression treatment?

If you see that your teen is dealing with depression and have concerns, there can be situations when forced treatment is necessary. In any situation where you fear your child has suicidal tendencies, it is important to talk to a mental health treatment professional immediately.

Teens who refuse treatment can pose a significant risk to themselves, and, as a parent, you may have to make some tough decisions.

Are you unsure whether your teen needs help for depression? Start by taking the At-Risk Youth Programs behavioral assessment test or contact us to get more information about available therapeutic boarding schools or residential treatment facilities that can help your teen.

Is Your Adolescent an
at risk Youth?

Are you concerned that your child's behavior is heading down the wrong path? Download a copy of the At Risk Youth Resource Guide

Enroll Your Teen in a Residential Program

If counseling and therapy failed, speak to a counselor today about financial options for At Risk Youth Program Placement.

Speak to an expert about Important Facts To Know About Teen Depression And Suicide and how it may help your child.

Connect with an Admissions Counselor who specializes in Important Facts To Know About Teen Depression And Suicide to help your teen begin their recovery today. 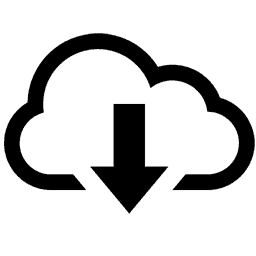 Get Your Resource Guide Now!