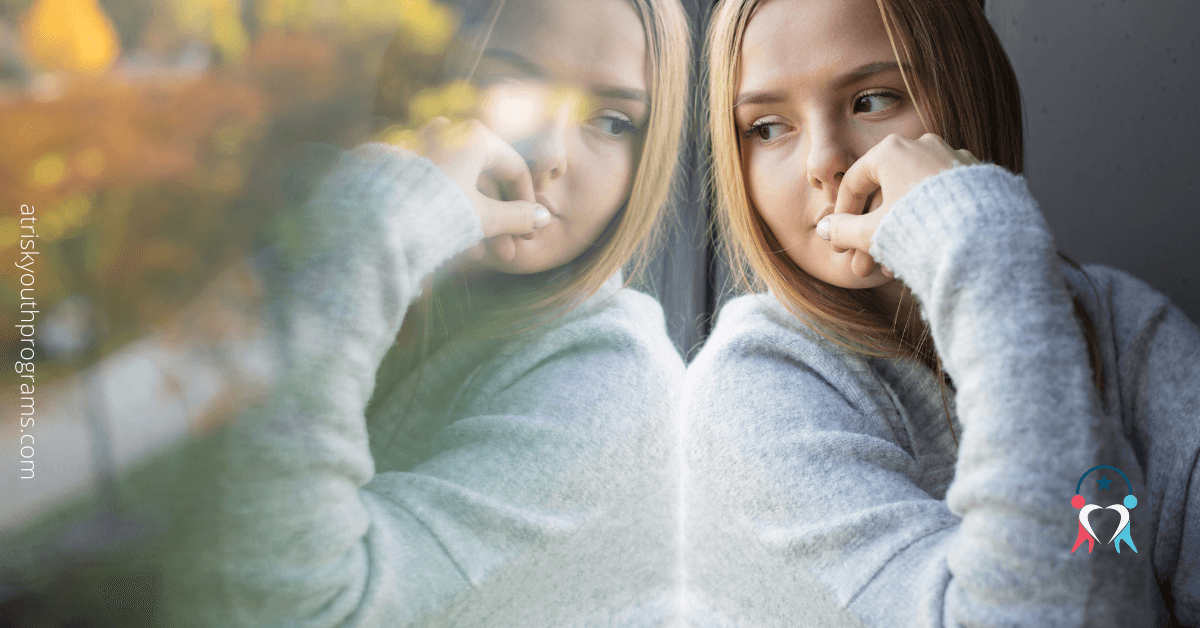 The Epidemic of Depression and Suicide in Troubled Youth

Rates of Depression and Suicide in Teenagers - What Parents Must Know

Rates of depression and suicide in teenagers were already burgeoning before the COVID-19 pandemic forced the world to lock down in early 2020. Risk factors for depression and other mental health problems in youth have been further exacerbated by the social and economic upheaval caused by the pandemic.
Unfortunately, COVID-19 is one of the biggest risk factors impacting children today that can lead to a breakdown in a teen’s mental and physical health.

When residential treatment intake managers initially evaluate adolescents, they specifically screen for the following:
Currently, depression and suicidal ideation (thoughts of suicide) are the most commonly reported mental illnesses in American youth 12 to 17 years old. However, in addition to experiencing normal but tumultuous changes during puberty, at-risk youth must also cope with lack of parental supervision, growing up poor, being physical, sexually and/or verbally abused by parents and discrimination due to socioeconomic and ethnic factors.

Research indicates that teen girls are more likely to be clinically depressed than boys. However, adolescent psychologists suggest this discrepancy may not actually exist because of the way boys present symptoms of depression. Girls are more likely to talk about feeling depressed with peers and relatives. Boys tend to keep feelings of sadness and despair to themselves. Additionally, depression in boys is often manifested in a more aggressive manner, such as fighting, engaging in criminal activity and bullying others.

Statistics on teen depression and suicidal ideation include:

Parents may overlook signs of teen depression because they think it is just typical adolescent behavior. But, behavior that is commonly attributed to teenage angst and self-absorption may, in fact, be depression symptoms that require immediate treatment. Moreover, signs of depression may not be nearly as apparent in introverted teenagers as they are in extroverted teenagers. Parents need to be extra vigilant when it comes to their teen’s mental health during the age of COVID-19.

Why are At-risk Youth Vulnerable to Major Depression?

In addition to hormonal changes signaling the end of childhood and the beginning of adulthood, at-risk youth experience a wide variety of stressful events, ranging from parental divorce and death of family members to peer pressure, bullying and self-esteem issues. Undiagnosed learning disabilities, frequent housing changes due to economic issues and substance abuse also contribute to major depression and suicide ideation in at-risk youth.

Teen Depression in the Age of COVID-19
Pandemic restrictions have forced children of all ages to abruptly adapt to virtual learning, isolation from peers and the inability to participate in school events and sports. According to a survey conducted by the C.S. Mott Children’s Hospital National Poll on Children’s Health at Michigan Medicine, close to 50 percent of parents say their middle and high school children are showing signs of a “worsening or new mental health issue” since March 2020 when the lockdown began.

Summarizing the survey finds that one in five teen boys and one in five teen girls are experiencing “worsening or new anxiety” due to the pandemic. Bipolar disorder rates in teens also saw an increase over the past year. A severe mood disorder causing a person to cycle between major depression and almost manic euphoria, bipolar disorder (BPD) is often co-diagnosed with ADHD, substance abuse and panic disorder in at-risk youth.

Additionally, recent research into the causes of BPD indicate a strong genetic component that increases the risk of BPD in teens who have one parent with bipolar disorder. If your teen is depressed for several days, suddenly starts behaving in an oddly, excited manner for no reason, then cycles back to extreme depression, they may have bipolar disorder. This kind of rapid mood cycling is not normal in teens or adults.

What Can Parents Do to Help Teens Cope with Pandemic Restrictions?

With many parents consumed with worry about where their next paycheck is coming from and if they will have enough money to buy groceries and pay rent, it can be difficult for parents to recognize their teen may not be coping well with the pandemic.

We assume teens are always “doing well” because they seem to like interacting with friends on social media. With apps like TikTok and Zoom providing on-demand video chatting, teens may appear as though the isolation caused by the pandemic isn’t bothering them. Experts tell us it is–and much more than we think.

Empathizing with depressed teens is the most important thing parents can do right now. Begin by simply asking them how they are doing, how their friends are doing and how their teachers are handling remote instruction. Try starting a conversation about how the pandemic has changed their lives and the lives of their friends. Talk about how hopeful the future looks with the vaccinations coming and schools starting to go back to normal.

Encourage outdoor activity such as walking in the park or riding bicycles while adhering to CDC guidelines for staying safe. Finally, tell your teen you are always available to talk when they are feeling particularly down and sad.

Help for Depression and Suicidal Ideation in At-risk Youth

When major depression and thoughts of suicide severely disrupts a teen’s life, they may need to enter a residential treatment center for 24/7 counseling and therapy. Depression does not just “go away” by itself. It is a medical disease that requires treatment by experienced and caring professionals who can help teens through this particularly difficult time in their lives.

Speak to a caring family advocate today if your teen is experiencing depression and anxiety due to the ongoing COVID-19 pandemic. Help is just a phone call away. 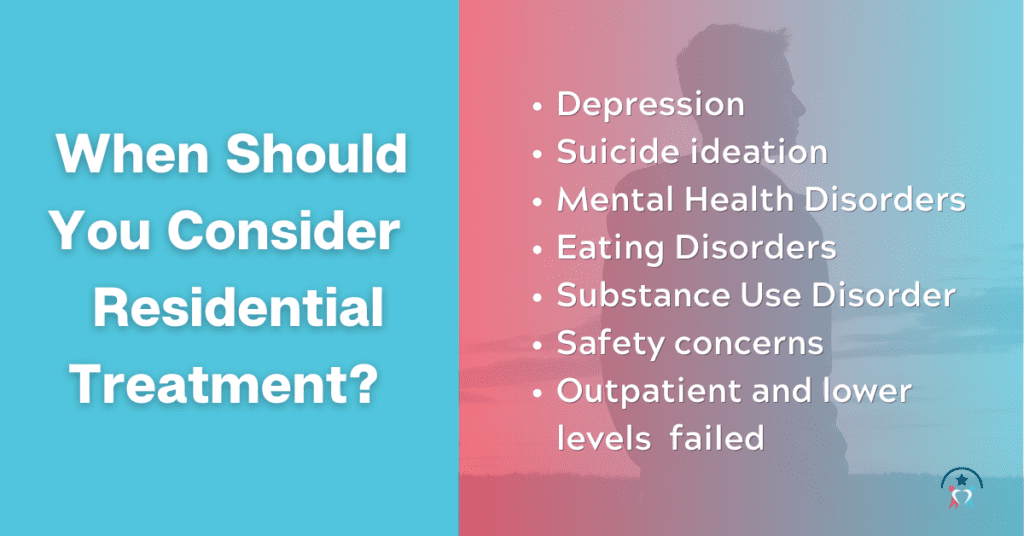 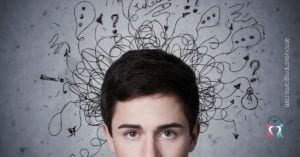 Best ADHD Treatment and Help for Teenagers with ADHD

What are the Benefits of Effective ADHD Treatment? ADHD is a mental disorder that affects people of all ages, but it is most common in 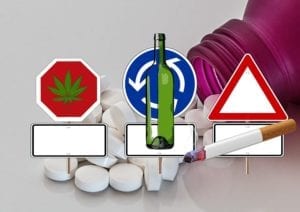 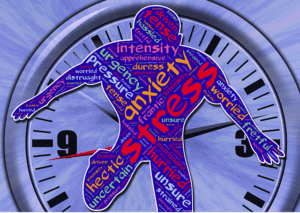 Residential Treatment for Teens with Anxiety

Residential Treatment for Teens with Anxiety Teens Suffering from Anxiety and Stress While it is normal for us all to experience anxiety at some point, 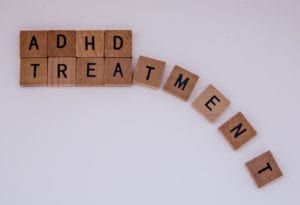 Residential Treatment for ADHD and ODD

Residential Treatment for ADHD and ODD Teens with ADHD and ODD When you have behavior concerns about your child, it can be upsetting. No one 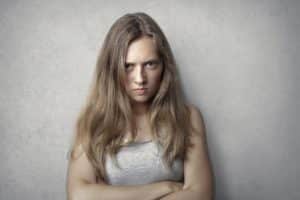 Residential Treatment Centers for Behavioral Problems Dealing with behavior problems can be a nightmare for parents. In many ways these problem extend well beyond what 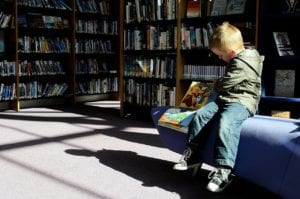 Residential Treatment Center for Children with Intellectual Disability Having children with intellectual disability can be a very trying time for parents. On one hand they

Residential Treatment for Eating Disorders Eating disorders are very common among young girls, and there are also some young boys that are affected by it