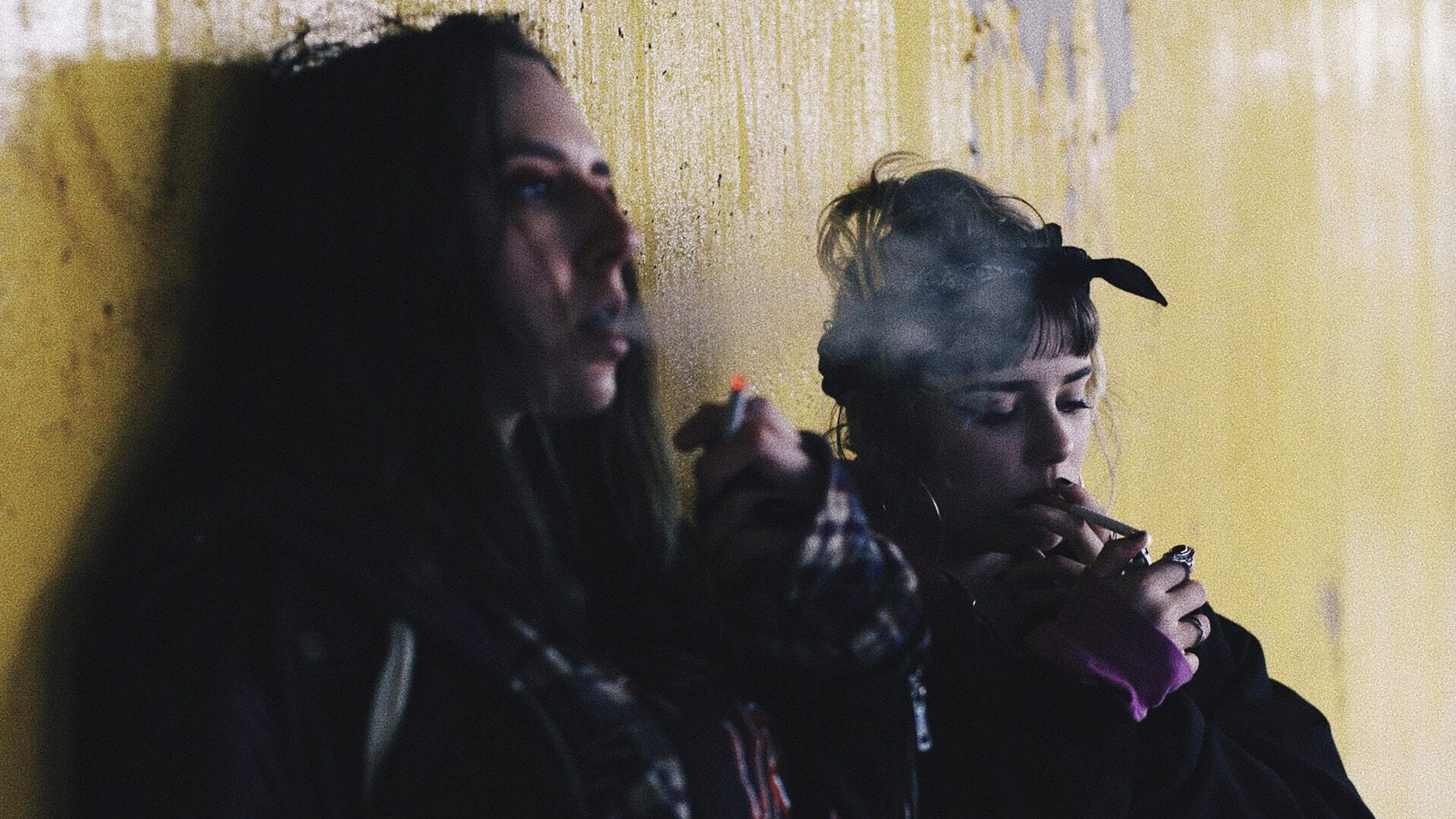 Discussing alcohol and drug use with your teen

The experts say the best way to help your teen is by being hands-on in their upbringing. Communication is key to a successful parent-child relationship. Teens, in particular, want the facts. They will look elsewhere if they don’t hear them from their parents.

By having a strong, respectful, and loving relationship with your teen, you will be able to explain the many issues which confront them in life naturally.

Then when the child is older, and issues of sexuality and drug and alcohol abuse are relevant, a strong but sensible discussion can be held. If you have developed a good bond with your child, they will happily listen to your advice.

Believe it or not, ignorance is not a good thing as your child enters their teens. Teaching them not just the facts but also morality and respect for yourself and others is vital.

Suppose you, as a parent, are unsure how to approach drug and alcohol abuse topics. In that case, many resources assist parents in discussing sensitive issues. Whatever you do, do not remain silent.

Approaching the topic in a positive non-confrontational way

Teenagers are different today because they have access to equipment their parents never even knew about, let alone own. Kids can communicate by mobile phone and email to anyone anywhere. Many parents wonder about invading the privacy of their child’s world. Is it ever right to behave in this way?

Perhaps the answer is to develop trust with your child so that they willingly come to you to discuss a problem they have. If they know you will not condemn them but have their good health and happiness at the forefront of your thinking, they will come clean and talk things through.

You can, of course, keep a subtle eye on your child. Watch their school grades, check out their friends, investigate your child’s hobbies and take note of how long they spend alone in their bedroom. If you think there are worrying signs about your child’s behavior, a heart-to-heart discussion may help solve the problem.

But doing nothing if things are not good is not an option. Sometimes a chat with your family doctor can be a big help. Having your child examined by a family doctor who can politely ask about any problems is another way to manage your at-risk child carefully.

How do you talk to teens about drugs and alcohol?

It’s important to talk to teens about drugs and alcohol. The conversation should be an ongoing one, with the teen’s opinion taken into consideration. It’s also important to ensure the teen is comfortable talking about this topic.

Many parents are faced with how to talk to their teens about drugs and alcohol. It is important for parents to have a conversation about this with their teens and not shy away from it. Parents should also make sure that their teen feels comfortable talking about this topic because it could lead them down a path of addiction or abuse if they are not open enough with what they are doing in life.

Teens are the most common group of people to experiment with drugs and alcohol. They are also the ones who are most likely to develop an addiction. It is important to have a conversation with them about the dangers of both substances to prevent them from using these substances in the future.

Talking to your teen about drugs and alcohol is important because it can help them protect themselves from high-risk behaviors. It also allows them to understand your values and the dangers of substance use disorders.

Drugs and alcohol have a significant impact on the lives of teens. It can lead to addiction, mental health problems, risky behavior, poor academics, and problems with the law. Talking to your teen about drugs and alcohol is important to protect them from high-risk behaviors. Understanding your values as a parent will also help you talk to your teen about these subjects.

What is teenagers’ risk of alcohol, drug abuse or dependence?

Drug use among youth is a growing problem in the United States. There are many reasons for this. One of the main reasons is that they are at a more vulnerable stage of their life. They have not yet developed coping skills and may be less likely to think about long-term consequences.

Drug abuse and addiction among youth can lead to serious consequences, including impaired brain development, reduced attention span, and lower academic performance. It can also lead to early sexual activity, increased risk for sexually transmitted diseases, higher rates of depression and anxiety disorders, as well as suicidal thoughts or attempts.

The most important ability that teens need is the ability to regulate their emotions. Many teens feel pressured to act a certain way because of peer pressure to fit in, and these pressures can cause them to engage in high-risk activities such as drug and alcohol use.

The rate of drug use among youth and adolescents has been increasing, which is why it is important to be aware of the various factors that can increase one’s risk of drug use or dependence.

There are many risk factors that can lead to drug abuse or addiction among youth and adolescents. These include genetic predisposition, mental illness, personality traits such as impulsivity and sensation seeking, environmental influences such as peer pressure, family dysfunction or trauma, academic failure, and other school problems such as dropping out, low levels of parental supervision or monitoring at home and exposure to violence in the home or community.

According to the National Institute on Drug Abuse, by the time they are seniors, almost 70 percent of high school students will have tried alcohol, half will have taken an illegal drug, nearly 40 percent will have smoked a cigarette, and more than 20 percent will have used a prescription drug for a nonmedical purpose.

Effects of alcohol and drug abuse on teens

The effects of alcohol abuse and drug addictions are more severe on teens than adults. This is because the brain is still developing in adolescence and has a higher risk for addiction. Alcohol, cannabis, heroin, cocaine, amphetamine, ecstasy, and prescription drugs can negatively impact the teen’s brain development.

There are many reasons why teenagers abuse alcohol or drugs. Some teens might do it to fit in with their peers or escape stress or anxiety. They may not understand the consequences of their actions as they think that they will be able to stop at any time they want. Teenagers who have been exposed to violence at home or had a traumatic experience may also turn to drugs as a coping mechanism.

The signs of alcohol abuse in teenagers can be difficult to identify because they can manifest themselves differently depending on the person’s age, gender, and other factors.

The most common signs of alcohol abuse in teenagers are:

– Missing school or not doing well in school

– Having friends who drink heavily

– Behaving impulsively or recklessly when drinking

– Drinking large amounts of alcohol in short periods of time

– Having accidents while under the influence

– Drinking alcohol instead of going to school or work

Signs that your teen is using or abusing drugs

Drug abuse signs are often difficult to identify and can be seen in the person’s behavior, physical appearance, and speech patterns. If a person is using or abusing drugs, they may show some or all of these signs:

-Changes in mood or personality

-Physical signs, such as needle marks on their arms

-Lack of interest in activities that they used to enjoy

-Sleep disturbances or staying awake for long periods of time

– Unusual changes in behavior like a sudden change in friends or spending more time alone.

– Feelings of isolation and abandonment

Parents need to know these signs to intervene and help their children before they get addicted to drugs.

What are the effects of drug and alcohol abuse in adolescence?

Drug and alcohol abuse in adolescence can have devastating effects on individuals and their families. It can lead to addiction, depression, anxiety, and other mental health issues.

A study done by the National Institute on Drug Abuse found that teenagers who use drugs or alcohol are at a higher risk of developing an addiction. The study also found that teens who use drugs or alcohol are likelier to have friends who also use these substances. Teens who abuse substances at a younger age are more likely to become addicted than those who use them later in life.

Would you like to learn more about Teen Drug and Alcohol Use? Here are some articles we think will help:

What to Expect from a Residential Drug and Alcohol Treatment Program

Teenage Crisis Intervention–What Is It and When Is It Needed?

Speak to an expert about At-Risk Youth: Alcohol and Drug Abuse Information and how it may help your child.

Connect with an Admissions Counselor who specializes in At-Risk Youth: Alcohol and Drug Abuse Information to help your teen begin their recovery today.